The entire restaurant industry has been radically shaken by smartphones over the last decade, and particularly in the last 5 years. 25 years ago, food service centred around either old-fashioned sit-down places, or phoned-in delivery (which was itself a major innovation).

While metropolitan areas like Sydney or Melbourne have always been up with cutting-edge technology, most areas have been dependent on at least one of the two options, sometimes only one.

You had to go to a local restaurant, hoping you’d get a seat and that they still had the ingredients for your meal of choice, then pay with cash or card. Or you had a limited number of delivery places to choose from, complete with paper menus and high school kids bringing it to your door. And the delivery was almost always limited to either Chinese or Italian food. But the smartphone revolution literally changed everything. Almost every facet of the foodservice process was placed directly into the hands of the hungry customer, allowing them to customize many different aspects of the experience, from toppings to forms of payment.

Everyone carries a portable culinary vista in their pocket, allowing them to make reservations, order ahead, check-in on social media, and pay via Apple or Android options with just a few finger taps.

And while most of us know this at a high level, we often don’t think of just how radically smartphones has disrupted the foodservice industry.

In this post, we’re going to explore the incredible ways that things have changed with the advent of Facebook, Twitter, Yelp, GrubHub, UberEATS, and the thousands of other apps available to the hungry and phone-savvy.

Getting The Lowest Price On Everything Comparing prices is incredibly easy now, making it possible to secure the lowest price on everything from soup to nuts. And unsurprisingly, the “there’s an app for that” mentality has embraced restaurateurs and their patrons.

Apps like Savored let you make reservations at top restaurants in your city with a bonus 40% off the bill (drinks included!), while Blackboard Eats allows you to get 30% off your meal at restaurants reviewed by former staff members of Gourmet magazine.

Group deal apps like Groupon enable you to tap into the power of the masses to get steeply cut prices on both meals and other food-related items.

And for the especially adventurous, Too Good to Go lets you buy meals made from restaurants’ leftover food (at the end of the work day) that they don’t want to throw out. This allows incredibly cheap discounts from some very good restaurants. Just type in your postcode or let the app use your location to find participating eateries nearby.

In some ways, the smartphone has forced the food industry into the arena of cutthroat competition, which has benefitted some companies and hurt others. It certainly has been a boon to the customer.

Word Of Mouth Is Everything

These days, word of mouth can make or break a business. Before trying a new restaurant, diehard foodies and the simply curious will actively search for reviews for information about the quality of a restaurant’s meals and drinks, the friendliness and attentiveness of the waitstaff, the cleanliness of the restrooms (but of course), and even when to dine outdoors or indoors during a given period.

To determine these answers, people turn to both review apps and social media. Before someone tests out a new place, they’ll ask their hundreds or thousands of friends on Facebook for thoughts, warnings, and recommendations.

Then they’ll start scouring apps like Yelp, which allow customers to provide detailed reviews of just about everything. Finally, they may do a quick internet search for horror stories related to where they’re eating.

If a business has a poor product or service, customers will find out and they will stay away. Horror stories, like the ones on this Reddit thread with over 20,000 comments, or those broadcast on Facebook Live showing people being dragged off United Airlines flights, instantly go out to thousands or even millions of people.

Stories, both good and bad, go viral on social media, and diners will take these stories into account when planning an outing. Diners are no longer limited to popular franchise or neighbourhood restaurants. Apps like EatWith allow city explorers to find the best restaurants in a city. And there are lots more; LocalEats will help you scout out unique and delightful culinary offerings but the twist is they intentionally avoid chains, only showing local establishments.

Seekeasy connects travellers with knowledgeable locals who can recommend restaurants (among other locations and things to do). And Eat St. does us all a favor by connecting us to all of the wonderful food trucks that dot the streets of our cities and towns.

These days, many diners aren’t content with burgers, pizza, or even a particular ethnic cuisine. They want to explore the nooks and crannies of a city’s culinary creativity and test the limits of ingenuity, gasto-caloric and otherwise. They want to customise their eating to their preferences, not based on what’s popular in a city. Smartphones let them do that.

Thanks to the instantaneous nature of smartphones, more and more people are making last minute reservations for breakfast, lunch, and dinner. In fact, these types of apps — like OpenTable, Resy, and Tock — are so popular that Chicago’s Time Out magazine listed seven brand-new ones in one 2015 article alone.

This speedy reservation revolution also allows diners to make spontaneous outings (read: dates and anniversaries) that would have taken weeks to plan in years past. Everything can be booked in just a few hours, with minimal hassle.

The Creation of #FoodPorn

Photo sharing platforms such as Instagram allow people to document every facet of their meals and share them with friends. This is actually an incredible boon to the restaurant industry.

People are inclined to trust their friends, and when someone shares a gorgeous photo on Instagram, it often sparks a desire in others to go to that place.

A simple Instagram search of the hashtag #FoodPorn turns up well over 135 million posts, most of which feature gorgeous dishes from around the world. These photos essentially become mini advertisements for those restaurants and their chefs.

Additionally, popular food photographers accumulate hundreds of thousands of followers on social media. Every one of their posts serves as a hugely powerful word-of-mouth referral for that particular chef, eatery, or dish.

Customer Service Needs To Be Fast

Restaurants are now expected to respond almost immediately to customer service needs. A failure to act quickly will almost inevitably lead to the customer complaining vocally on social media and on review sites, which can harm the company’s reputation.

On the flip side, this phenomenon can also really boost a company’s reputation if they respond in a quick and helpful manner. For example, in the travel industry, JetBlue has developed a stellar reputation for engaging with customers on social media and helping them when issues arise.

Because so much happens through mobile phones (especially reservations, check-ins and ordering), food establishments now have access to an enormous amount of customer analytics, which allows them to make informed decisions.

They can see when customers place orders or the time of day the most reservations are booked for, how many people use the free in-store WiFi, how holidays tend to affect customer interest or which dishes are the most popular.

They can see which social media hashtags are being used, how their competitors are advertising on various platforms, and even the age breakdowns of their customers. There is simply a mountain of data.

Understanding a restaurant’s POS data enables the company to shape their advertising strategies based on what the customers are already doing. They can use particular hashtags to hop in on relevant conversations. They can interact with customers on social media platforms and cater ads to specific groups based on where they’ve already travelled.

Data is a company’s best friend, and the explosion of smartphones has given restaurant’s huge amounts of data.

Smartphones have given the power to the people and put that power in their pocket. Everything is fast and all the information is available. Diners can find the lowest deals at the best locations during the best times. They can find the greatest restaurants that no one knows about and then share reviews of those establishments with thousands of people.

If a company makes a mistake, it’ll be quickly broadcast and could even go viral. Both national chains and small local offerings have to work doubly hard to please customers and ensure that everything goes smoothly, or they may feel the wrath of social media.

What’s astonishing is that these are just the changes that have occurred with the smartphone. With Virtual Reality on the way, there are certainly more big shifts afoot. It’s an exciting time to be a diner. 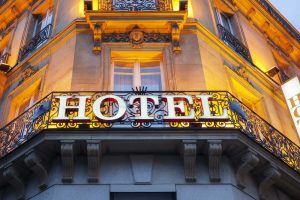 COVID-19 Fact Sheet for Hotels: What you Need to Know 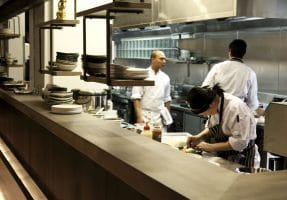 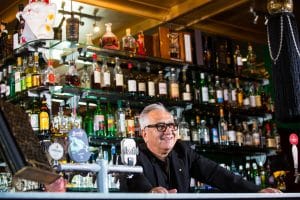 How can the hospitality industry improve customer satisfaction? 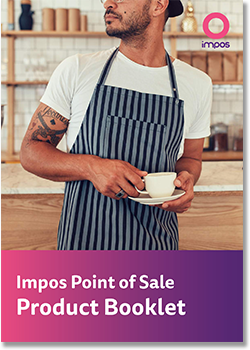